The young New Zealand basketballer Tai Wynyard says deciding to commit to the University of Kentucky was a straightforward decision.

The 16-year-old, 2.06-metre (6'9") power forward has been a member of the Tall Blacks squad and is currently in the New Zealand Breakers development squad. 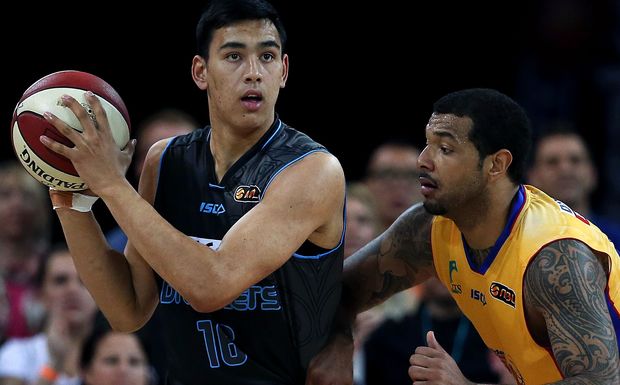 Tai Wynyard in action for the Breakers. Photo: Photosport

He recently spent time at the university who are ranked number one in the NCAA but was also considering options to play college basketball at Villanova and Texas.

Wynyard, who is the son of world Timbersports champion Jason Wynyard, will head to the US after this year at Rangitoto College.

"I was surprised when I got the call that I could actually make the decision of which university I wanted to go to."