A spectacular Tim Cahill goal has helped Australia move through to the semi-finals of the Asian Cup football competition after beating China 2-0 in Brisbane. 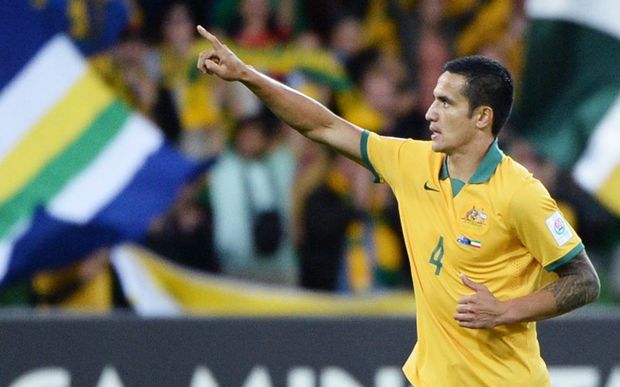 While his team-mates struggled in front of goal, Cahill came to Australia's rescue again with a brace.

Both of his goals came in the second half but it was the first, four minutes after the re-start, that will be remembered for years to come.

Cahill has made a habit of scoring stunning goals for his country - most memorably his volley against the Netherlands in last year's World Cup - but Thursday night's is perhaps his finest.

The 35-year-old leapt into the air and performed the overhead bicycle kick, angling the ball across the six-yard box past the astonished Chinese goalkeeper.

The Australians will now play either Japan or the United Arab Emirates in next week's semi-finals. South Korea will face Iran or Iraq in the other semi.