A triple double from the star import point guard, Cedric Jackson, has helped the Breakers to an 88-75 win over Melbourne United in their National Basketball League game in Auckland. 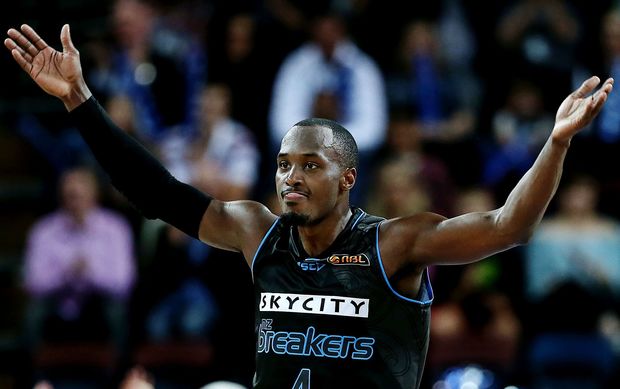 Jackson scored 16 points to go with 11 assists and 10 rebounds to score his second triple-double for the club and just the second in its history.

With his parents travelling from the United States to watch him, the franchise stalwart helped the Breakers stay on top of the NBL in emphatic style.

Trying to impress his parents, Jackson says he was unaware of the feat until late in the game.

"I'm so into the game and never really know and then you know Paulie [Paul Henare] gave me a heads-up and so I just tried my hardest to get one more rebound and got it so yeah pretty good."

He was also outstanding in the defensive end with three steals and two blocks to cap off an excellent performance.

Conversely, Melbourne's import guard, Jordan McRae, had a night to forget as the Breakers' defence held him to two points on one of 14 shooting.

The Breakers lead the league with a 17-5 record.