The Chicago Bears have named John Fox as their head coach, just days after he stepped down from the same role with the Denver Broncos.

Fox, who mutually parted ways with Denver following last weekend's surprise playoff loss to the Indianapolis Colts, replaces Marc Trestman, who was fired after two seasons with the Bears. 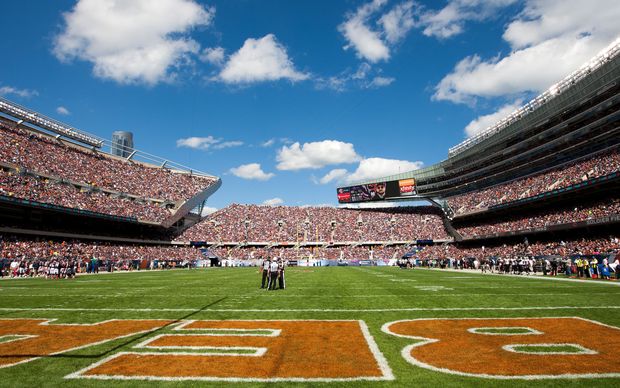 The Bears are hoping Fox, who led Denver to the playoffs in each of his four seasons, can revitalize a Chicago team that have not made the NFL playoffs since the 2010 season.

Fox, who has 13 years of NFL head-coaching experience from stints with the Broncos and Carolina Panthers, has earned a reputation for turning struggling teams into contenders.

The Carolina Panthers went a dismal 1 and 15 during the NFL's 2001 season before bringing in Fox, who led the team to a 7-9 record in his first year in charge and then to a Super Bowl berth the season after that.

He took over a Broncos team that had missed the playoffs in five consecutive years and went 4-12 in the season before his arrival. Fox led the Broncos to four AFC West division titles and to their first Super Bowl game last year since 1999.

But despite his regular season success with Denver, his teams came up short in the playoffs, losing last year's Super Bowl and falling in the second round of the playoffs the other three seasons.

Fox, who turns 60 in February, decided to end his tenure with the Broncos after not agreeing with the team's general manager on how to get Denver to the next step.

In Chicago, Fox takes over a Bears team that has made the playoffs once, in the 2010 campaign, since losing in the Super Bowl in the 2006 season.

Fox, who has a 119-89 record in 13 NFL seasons as a head coach, will be introduced at a Monday news conference, the Bears said in a statement.

One immediate area of concern for Fox will be fixing a defense that trailed all but the Oakland Raiders in points allowed per game during the 2014 campaign.

He will also likely face immediate questions about Jay Cutler's future with the team after the quarterback, who signed a seven-year contract with Chicago last year, struggled in many aspects of his game last season despite throwing a career-high 28 touchdowns.