Williams beat Elena Vesnina 6-2 6-4 in their quarter-final yesterday, though the Russian caused the seven-time grand slam champion a few problems in the second set. 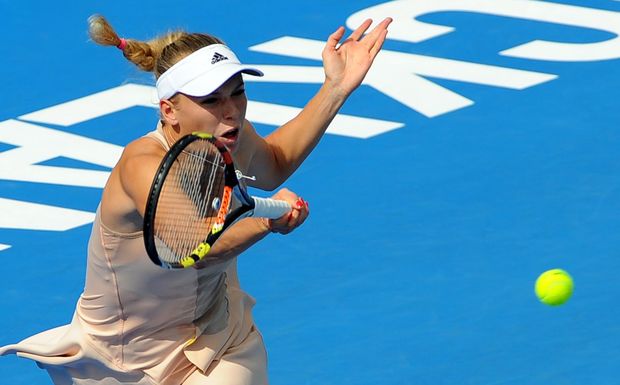 The 34-year-old says the challenge brought the best out of her.

Caroline Wozniacki is up against the Czech fourth seed Barbora Zahlavova Strycova in the other semi-final, after seeing off Julia Goerges in the quarters 6-4 6-4.

The Dane faces a very different opponent than the lanky German.

At just 1.64 metres tall, Zahlavova Strycova gives away 15 centimetres to Wozniacki, and at 28 is four years older - though the Dane isn't underestimating the challenge ahead.

"She is a very different player, she maybe doesn't possess the biggest power, but she places the balls really well, she has good hands, good volley skills, she's a good player and she's definitely improved in the last year I think. She has got more experience and I think with her age she has matured as a player."

The Wozniacki/Zahlavova Strycova match gets underway after 5pm, followed by the Williams/Davis semi.