Centuries from Virat Kohli and Lokesh Rahul have helped India work their way back into the fourth cricket Test against Australia as they reached 342 for five at stumps on the third day. 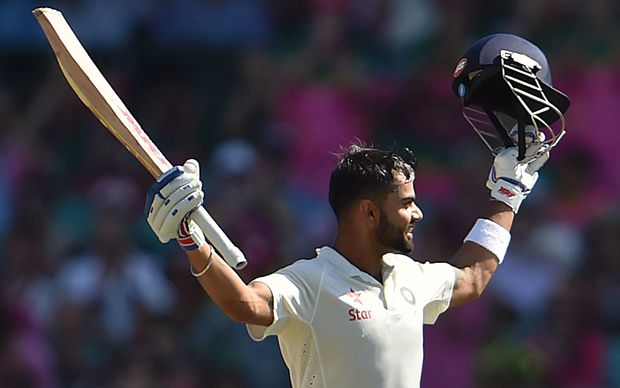 Lokesh Rahul hit his maiden century and Virat Kohli his fourth of the series but Australia's Shane Watson hit back with two wickets in as many balls to have India still 230 runs behind the hosts.

Indian captain Kohli is unbeaten on 140 after combining with Rahul for a 141-run partnership.

Kohli was dropped on 59 by his Australian counterpart, Steve Smith, who also complained a wire holding an overhead television camera had stopped him from catching a chance Rahul when he was on 46.

Kohli will resume with Wriddhiman Saha, who's on 14.