The defending champion Michael van Gerwen is through to the third round of the World Professional Darts Championship in London after beating the German qualifier Sascha Stein 4-1.

The Dutchman lost the first set but recovered to set up an encounter against England's Terry Jenkins. 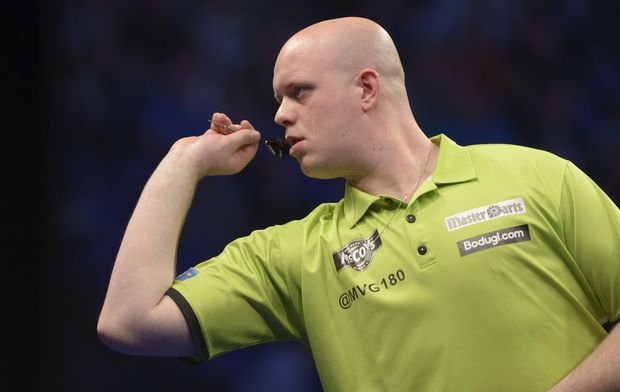 Jenkins did not lose a leg in trouncing Australian qualifier Laurence Ryder 4-nil.

Anderson was 3-1 down but finished strongly to beat Klaasen who won the rival BDO World Championship in 2006.