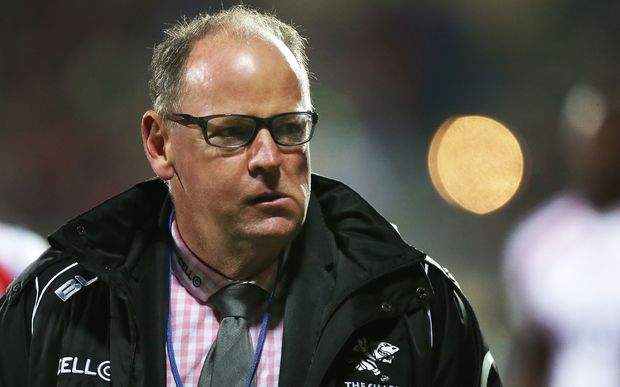 The 51-year-old - a two-time IRB world coach of the year - has signed a six month contract according to a well-informed source.

His appointment will place almost unbearable pressure on head coach Fabien Galthie as White will be the former France captain's superior.

Galthie, who has been seen as a potential successor to present France coach Philippe Saint-Andre should he step down after next year's World Cup, has seen his position at the club weakened with a seven match losing run dating back to October 11 which only ended in their game last Sunday with a narrow win over Toulouse.

They are presently in sixth place, the last position for the post-season play-offs, 11 points off leaders and defending champions Toulon.

"White is coming with a view to being in charge of the team completely," the source told L'Equipe.

"He will be above Galthie. He will have the role of manager, that is what has been negotiated."

However, a close friend claims that Galthie - who has guided the team from nowhere to becoming a regular contender for the French title taking them to the 2011 final - will feel the appointment has pushed him into a corner where he has no option but to resign.

Galthie, who also coached his first club Stade Francais to the 2005 French championship and European Cup finals, was allowed to stay on after Montpellier president Mohad Altrad held talks with the players before the Toulouse game but only if the 45-year-old could turn their fortunes around.

"Galthie has the feeling that they want to make him so disgusted that he leaves and therefore is less costly to them in terms of a pay-out," the friend told L'Equipe.

Since leaving the Springboks post in 2007 White has held coaching posts with Australia side Brumbies and then as director of rugby with South African outfit The Sharks but resigned in September this year and has been acting as a technical advisor to the Tongan national team.