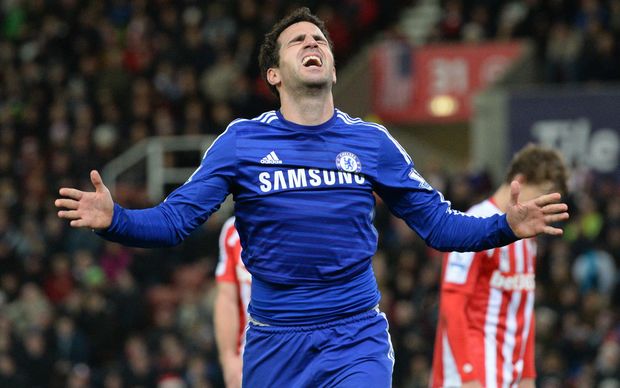 Chelsea were ahead inside two minutes at the Britannia Stadium when Terry met a Fabregas corner with a powerful downward header.

Stoke pushed forward after the break without ever causing fit-again Chelsea keeper Thibaut Courtois many problems and Fabregas sealed victory with a scuffed finish 12 minutes from time.

Chelsea next host high-flying West Ham United on Saturday - the Pensioners now have 42 points from 17 games with Manchester City, who visit West Brom the same day, on 39 and Manchester United on 32.