The veteran Wallabies utility back Adam Ashley-Cooper has ended the chase for his signature, announcing he'll join French Top 14 side Bordeaux on a two-year deal after next year's rugby World Cup.

The 30-year-old admitted earlier this year he would pursue options overseas beyond 2015 but had kept his cards close to his chest, before stepping up negotiations following the Wallabies' difficult spring tour. 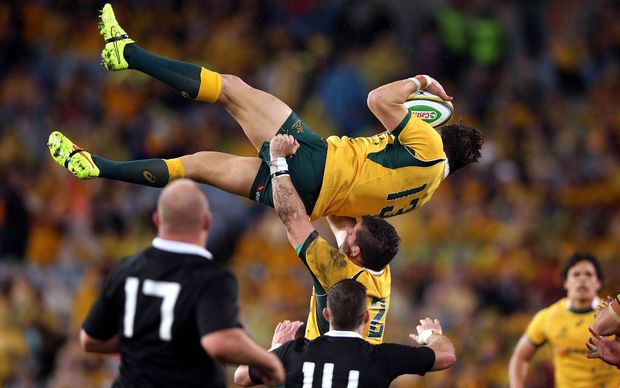 Ashley-Cooper remains pivotal to Australia's World Cup hopes in England, as an experienced outside back with the versatility to play centre, wing and fullback.

"I am extremely grateful for my career in Australia, and I want to thank the ARU (Australian Rugby Union) and the Waratahs for their support over the past decade," Ashley-Cooper, who has 104 caps, told the Bordeaux-Begles website.

"Without them, it would have been impossible for me to write this new chapter."

"I look forward to participating in the future of the (Bordeaux) club after the World Cup."