The Indian batsman Murali Vijay struck arguably the most memorable of his five Test centuries but later admitted to being unaware of reaching the milestone in the second match against Australia at the Gabba.

Vijay put Australia to the sword in their Brisbane fortress with a brilliant 144 to help drive the tourists to 311 for four at the close of play on the opening day. 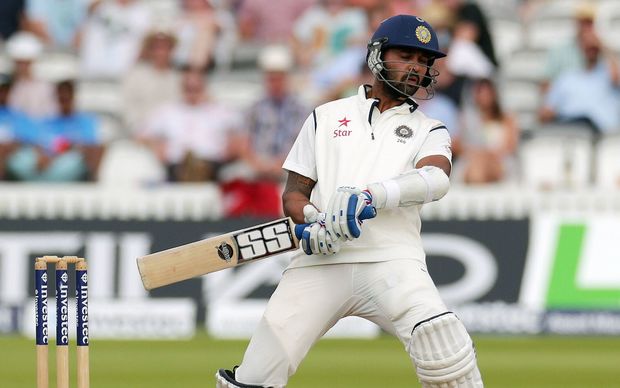 The opener hit Shane Watson for back-to-back boundaries to reach the 100-mark but it was only after his batting partner Ajinkya Rahane prompted him that Vijay looked at the scoreboard before taking his helmet off for a subdued celebration.

"I was just thinking about the next five run target for the team," says the 30-year-old, who fell for 99 in the second innings of the first Test in Adelaide, which Australia won by 48 runs.

"I was not really aware, I knew I was close to the 100 but I didn't know how much I needed. It was great feeling to have without knowing because last week I was on 99 and I was aware of it and didn't get it."

"This match I was not aware of it and I got it, I think that's how it works."

Vijay's 144 at Brisbane underlined his liking for the Australian bowlers, having scored four of his five Test centuries against them.

On a ground notoriously harsh on visiting openers, Vijay's third successive 50-plus knock was a fluent, if not flawless, display of elegant batting.

Shaun Marsh twice dropped him, first on 36 and then on 102, off the bowling of Mitchell Johnson.

Marsh, who took his maiden Test wicket in the morning session later led a procession of bowlers from the pitch for treatment on a sweltering day at the Gabba. A few minutes after the lunch break he pulled up with a mild hamstring strain and he almost certainly won't bowl again in the match.

The left arm pace bowler Mitchell Starc also needed a break because of the heat and a sore back, and the new pace bowler Josh Hazlewood had to abandon his 16th over late in the day after suffering severe cramp.