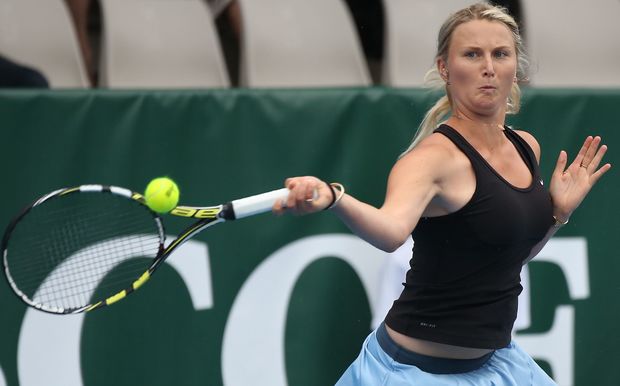 The Aucklander raced to a 4-0 lead early before rain suspended play at ASB Tennis Arena.

Following a lengthy rain delay, the match was moved indoors to Albany Tennis Park, where the second-seeded Jones closed out the opening set 6-1.

Top seed Westbury mounted a spirited comeback in the second set, winning a tight set 7-5, sending the final to a third set.

The third set stayed tight, Jones and Westbury trading games to 4-3 Jones, at which point Westbury called for the trainer.

This only seemed to spur Jones on, and following the injury break, the defending champion took control of the third set, and the match.