South Africa have again chosen the intimidating atmosphere of Ellis Park, Johannesburg as the venue for their marquee home rugby Test of 2015 against the All Blacks. 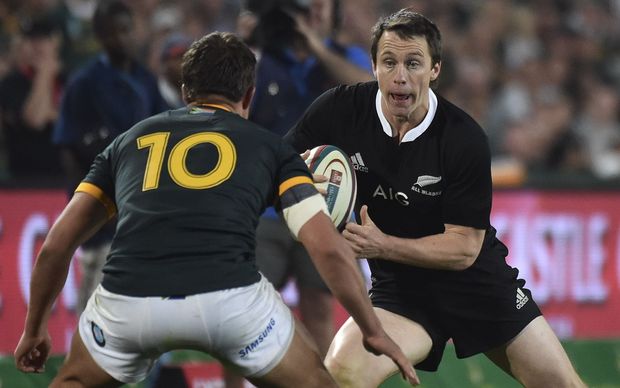 Ben Smith of the All Blacks steps outside Handre Pollard of the Springboks during the Rugby Championship test match in Johannesburg. October 2014. Photo: PHOTOSPORT

The Springboks won a cliff-hanger against New Zealand 27-25 at the venue in the final game of this year's Rugby Championship and will take Steve Hansen's side to altitude again on July 25 in South Africa's first home test of the season.

It will be the third year in a row the home tie with New Zealand has been played at the stadium, where the Springboks beat New Zealand to win the 1995 World Cup, but South African Rugby Union chief Jurie Roux said the fixture would be rotated around the country from 2016 onwards.

Two weeks later coach Heyneke Meyer's side will play the final game of a curtailed Rugby Championship against Argentina at King's Park in Durban.

The Sringboks opening game of the competition is against Australia in Brisbane on July 18 and they will also travel to Argentina for a one-off test after the Rugby Championship, but a venue has yet to be confirmed for that August 15 clash.

SARU also announced a practice match against a World XV in Cape Town on either August 22 or 29, the final fixture before their World Cup opener against Japan in Brighton on September 19.