The Hamilton golfer David Smail is tied for second after his opening round of the Australian PGA tournament at Royal Pines on the Gold Coast.

The American Boo Weekley holds a two-shot lead at six under par, with Smail two shots back in a group of five that includes defending champion and world number three Adam Scott. 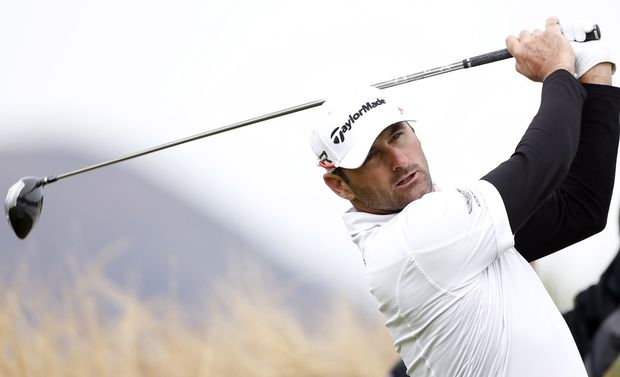 David Smail is tied for second after his opening round at the Australian PGA Championship. Photo: Photosport

Fellow New Zealanders Ryan Fox, Michael Hendry and Josh Geary are four shots off the lead in a group of tied for 14th.

Play has been suspended as a storm closes in on the Royal Pines Resort on the Gold Coast, with several players yet to complete their opening rounds as officials sounded the siren to halt play at the first sign of thunder and lightning.

Heavy rain is forecast for for Friday but tournament director Andrew Langford-Jones doesn't believe there'll be a need to shorten the event to 54 holes or take it into Monday.