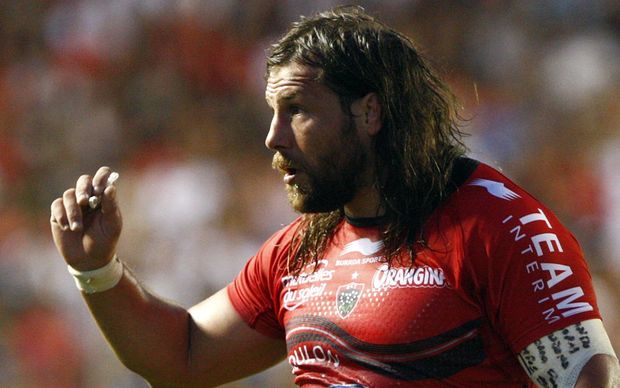 A statement from EPCR on Monday said its Disciplinary Officer had requested information from Leicester Tigers after Castrogiovanni used offensive language when speaking to members of the media about Cockerill following Sunday's European Champions Cup match between the sides on Sunday.

Castrogiovanni, a former favourite at Leicester before leaving last May, could face misconduct charges.

He was reported to have sworn on numerous occasions when talking about the reasons for him leaving Leicester, denying that it had been because of money.

"Cockers talks about the money, but I paid -100,000 from my own pocket to leave this club because I want to play rugby," he was quoted on the BBC.

"I always love this club and I wanted to clarify and talk face to face, which is something Cockers never does. I didn't have an opportunity to defend myself when I left. I never want to speak with Cockers anymore."

Castrogiovanni, 33, apologised after his rant.

"First of all I want to make amends for my profanity and apologise to everyone feeling offended by what I said, I'm sorry if my words have created misunderstandings," he said in a statement. "It also wasn't my intention to offend anyone, but only to point out my position after some statements."

"Should the Disciplinary Officer decide that there are grounds to bring a misconduct complaint in respect of one or both of the incidents, the case or cases would be heard by an independent Disciplinary Committee under the Disciplinary Rules," a statement said. "In the meantime, both players are free to play."