A vomiting Tiger Woods has carded a third round 69 at the Hero World Challenge in Florida in the 38 year old's return to competitve golf after a four month injury lay off. 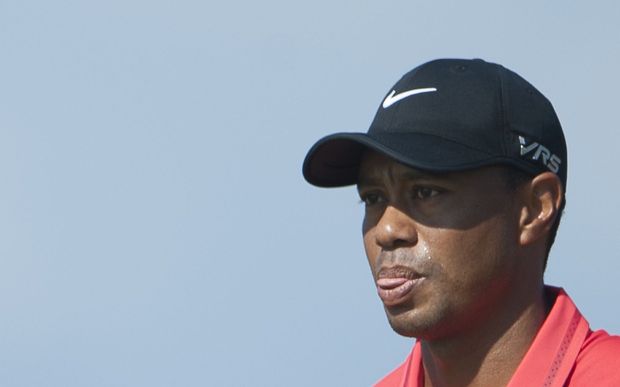 With a new swing and fighting illness, Woods returned to even par at the tail of the elite 18 man field, 20 strokes behind the runaway leader Jordan Spieth.

Spieth, who two years ago became the youngest winner on the PGA Tour in 82 years, made three birdies in a row to start the day and another trio from the 12th.

He crowned a brilliant round by sinking a 50-footer at the last for his ninth birdie in a bogey-free 63 that put him at 20 under and on the brink of a second title of the year.

The 21-year-old Texan won the Australian Open for his first win of 2014 and said this week he could tick off the last box of his to-do list with a victory at Isleworth, having set a goal of two tournaments wins this year.

Tied for second place on 13-under were compatriot Keegan Bradley (65) and Henrik Stenson of Sweden (68).

After playing Friday with a fever that had hit 102 degrees, Woods was overwhelmed by nausea during the third round, coughing up into a towel before his opening tee shot and vomiting as he made his way up the third fairway.

"Wasn't easy and I fought hard," Woods whispered to reporters after also losing his voice. "That's about all I had."

Woods, who has become a focus of the week as he returns after a four-month absence to rehabilitate his injured back, skipped Friday night's gala at the tournament that benefits his foundation, but made his tee time for the third round.

"If I can go, I can go," said Woods, who finished the round with three successive birdies. "I like to compete. I'll give it everything I have."