The Gisborne surfer Ricardo Christie has placed ninth at the World Cup of Surfing in Hawaii on Saturday putting himself in a qualification position for the 2015 World Tour. 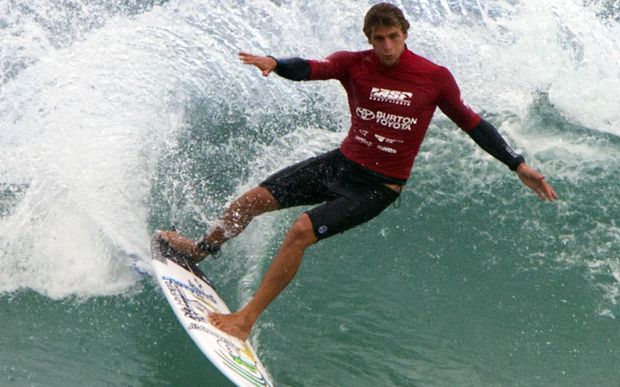 The 26-year-old now has to wait until the end of the Billabong Pipeline Masters on December the 20th before receiving official confirmation of his place on the elite tour.

Christie is currently ranked as the tenth and final qualifier for the tour which is being renamed the World Surfing League in 2015.

That means that it would take a big result from one of the lowly ranked surfers currently on the World Tour to cruelly bump Christie out of contention.

Christie would be the first male Kiwi to qualify for the World Surfing League since Maz Quinn spent a year on tour in 2002.

Christie's emotions were running high at the end of the day despite the uncertainty of his qualification.

"I have to wait for Pipe now" said Christie gritting his teeth. "I kinda have mixed vibes, I don't want to count my chickens before they hatch and there are a few scenarios that could go down" he added.

Christie had an excellent end to the season placing third at the Azores Pro and a fifth at the Saquarema Pro in Brazil to move into qualification contention before his ninth placing today.

Christie contested the final day of the World Cup alongside Raglan surfer Billy Stairmand who was himself in contention for qualification.

Stairmand was stopped in the first heat of the day placing fourth and finishing the event 25th overall.

By way of his result, Stairmand remained in 29th overall for the year - his highest ever World Qualifying Series ranking.