The Springbok captain Jean de Villiers will require surgery on his injured left knee and will be in a race against time to be fit for next year's Rugby World Cup in England.

De Villiers left the field in the 58th minute of the Springboks' loss to Wales in Cardiff at the weekend, after twisting his left knee and dislocating his knee cap. 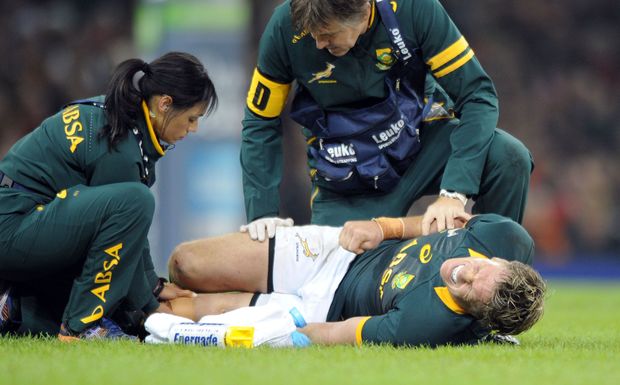 Scans shortly after the match revealed significant ligament damage to the knee.

De Villiers returned to South Africa today and was assessed by an orthopaedic surgeon in Cape Town, who advised that the Springbok captain requires surgical reconstruction of the knee. 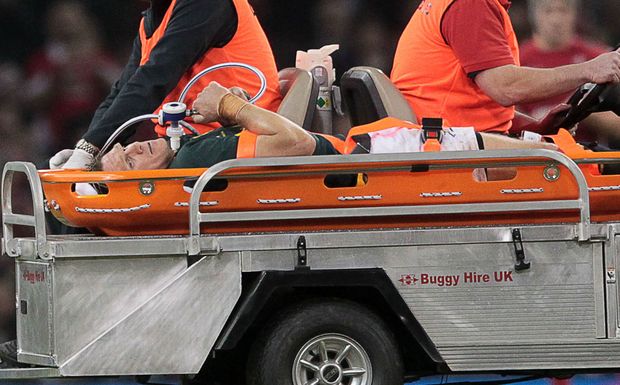 Springbok team doctor Craig Roberts says they're currently consulting with the best specialists in South Africa to determine the best way to approach the surgery as there are potentially a few options available.

He says it's imperative that the best course of action is decided on so that Jean can start recovery and rehabilitation as soon as possible to give him the best chance to be fit for the World Cup.

Roberts says at this stage it's still difficult to determine how long he will be out of action, but it would probably be at least eight months.