The Australian Stephanie Gilmore has won the 2014 women's world surfing title, despite crashing out in the quarter-finals at the season-ending event in Hawaii. 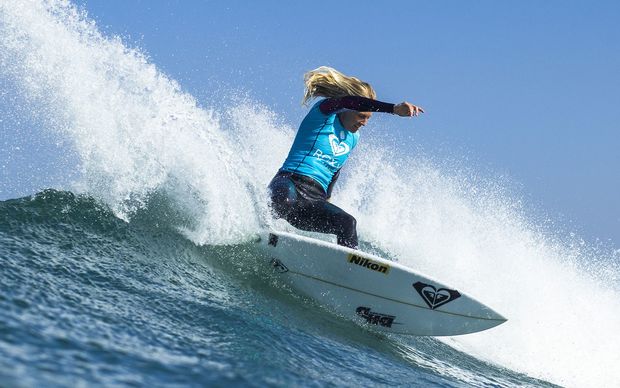 Stephanie Gilmore in action in September in France Photo: PHOTOSPORT

The 26-year-old was eliminated from the event in Friday's second quarter-final, opening the door for her Australian championship rivals Sally Fitzgibbons and Tyler Wright.

Fitzgibbons immediately handed that advantage back by losing her own quarter-final - leaving the 23-year-old weeping on her board - and while Wright charged into the final against local favourite Carissa Moore, she lost, handing the title to Gilmore.

A victory in the final would have forced Wright and Gilmore into a surf-off for the title but instead Moore put on a clinic at her home break to become the first Hawaiian to win a women's event at Honolua Bay.

New Zealand surfer Paige Hareb earlier lost her card on the world tour with a second-round loss in Maui, and the Taranaki goofyfooter will have to try to qualify through the secondary tour next year.