Pakistan took advantage of winning a vital toss to dominate day one of the third and deciding cricket Test against New Zealand in Sharjah.

On a slow surface, the hosts opening batsman Mohammad Hafeez returned to the crease after missing the second Test because of injury to score an unbeaten 178 in a total of 281 for three. 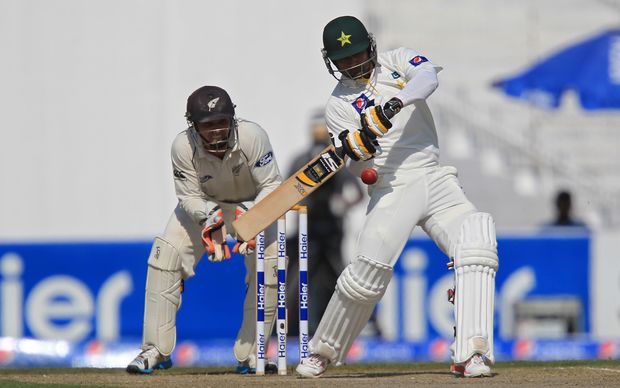 Mohammad Hafeez on his way to an unbeaten 178 against New Zealand in Sharjah Photo: PHOTOSPORT

Hafeez cruised to his seventh Test hundred and handed Pakistan, who are 1-0 up in the three-Test series, the early advantage.

The former New Zealand captain Daniel Vettori, on his return to the Test arena, took one of the three wickets, trapping Younis Khan LBW for five.

Vettori became New Zealand's most-capped Test cricketer when he took the field against Pakistan in Sharjah. 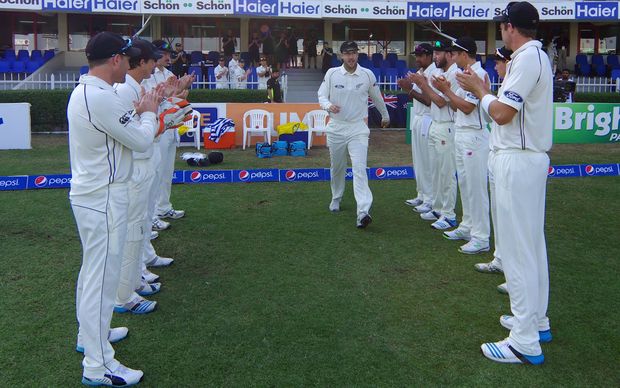 Daniel Vettori is applauded onto the Sharjah oval by the Black Caps Photo: PHOTOSPORT

Vettori, who played the last of his 111 Tests for the Black Caps in 2012, replaced the out of form all-rounder Jimmy Neesham.