The $50,000 fine Australian rugby player Kurtley Beale received for his involvement in a text message scandal will be used to fund a programme for young indigenous Australian women, the Australian Rugby Union (ARU) says.

Beale was given the fine last month after an independent tribunal found him guilty of sending an insulting text message about a female member of the Wallabies team staff, Di Patston. 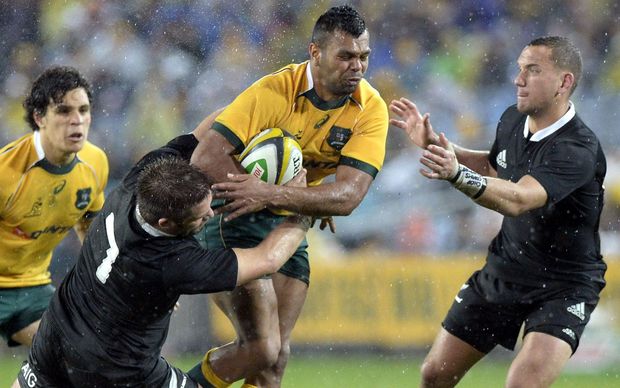 Patston resigned in the wake of the scandal, as did Wallabies coach Ewen McKenzie, and Beale was considered fortunate not to have had his ARU contract torn up.

Subsequently, who would benefit from the fine became a delicate public relations issue for the ARU.

"The money will be used specifically to promote empowerment for indigenous girls and women through the Lloyd McDermott Rugby Development Team's existing 'Stronga Sistas' programme, which uses rugby as an avenue to work with young women to learn about stronger bodies and stronger minds," the ARU says in a statement.

Beale, who is an indigenous Australian, was recalled to the Wallabies squad in time for last weekend's loss to Ireland in Dublin and could play against England in the final match of their European tour against England at Twickenham this weekend.