The veteran New Zealand spin bowler Dan Vettori has joined up with the Black Caps in Sharjah and is a possibility to play in the third Test against Pakistan starting tomorrow night.

Vettori, 35, has been with the New Zealand A team in the UAE. 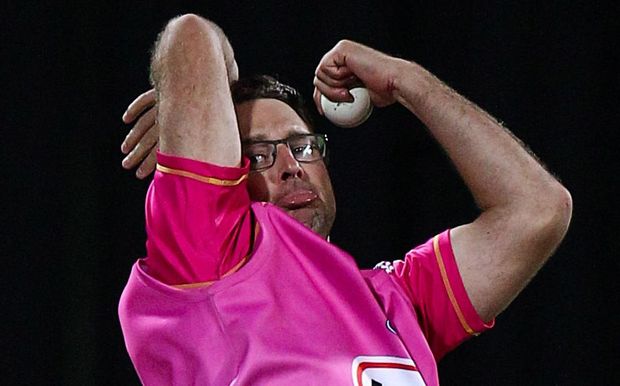 Coach Mike Hesson said because of the conditions in Sharjah, Vettori was a possibility to be a part of a three-pronged spin attack.

Vettori trained with the Black Caps today and if selected he would play a record 112th Test for New Zealand.

The Black Caps have climbed in confidence after the draw in Dubai last week.

Captain Brendon McCullum has said he would open the batting for the series and it seems to be the batting that could do with some help.

New Zealand has used two all-rounders, Jimmy Neesham and Corey Anderson, in the first two tests and it is possible one of them could be replaced by either another batsman, or Vettori. 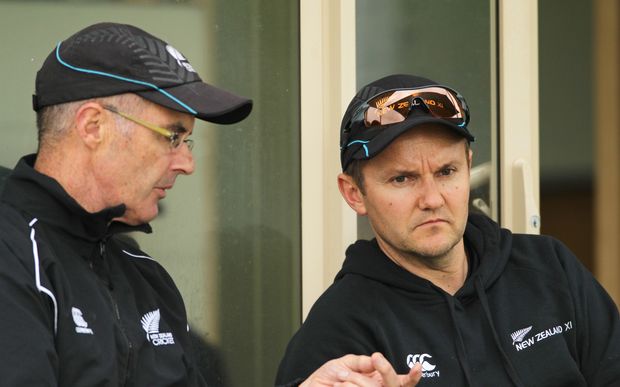 The Sharjah pitch traditionally is lower, and skiddier, than the first two venues and slows up as the game goes on.

Hesson said it definitely looks different and they will have to play very well to be able to compete in these conditions.

Ish Sodhi and Mark Craig are expected to continue as a dual-spin attack, but Hesson is looking for more from them.

He said our spinners were not used to bowling on conditions where footholes play such a part.

"Pakistan's spinners beat us off the wicket and at home traditionally we try and beat guys in the air," he said.

Hesson said the waySodhi andCraig have adapted over the last couple of Tests is pleasing, but they are still striving for consistency of pace as well.