The Kiwis star Shaun Johnson has been praised as the world's most exciting rugby league player after his contribution to New Zealand's Four Nations triumph. 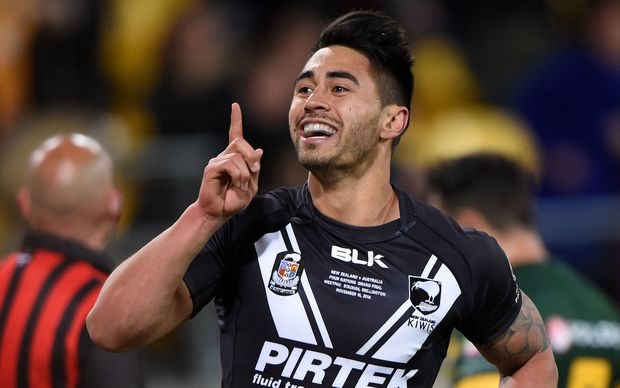 His Australian rival Cooper Cronk said 24-year-old Johnson had come of age during the last month, which he attributed to assistance from the Kiwis' forward power.

Johnson, the player of the series, produced two moments of sheer brilliance in the decider, setting up a first-half try for Manu Vatuwei, then scoring a super solo try midway through the second half.

Johnson gave credit to the Kiwis coach Steve Kearney and his team-mates, saying there was increasing confidence among the youthful squad in their approach to the game.

He says having his father take the field with him following New Zealand's Four Nations triumph was a special moment.

Johnson was named man of the match as the Kiwis won only their second Four Nations title, claiming consecutive wins over the Kangaroos for the first time in 61 years.

He says the successful Kiwis campaign is the highlight of his career.