Luke indicated on social media that he'd would wear a message of support for Auva'a during the match.

Auva'a was suspended indefinitely by the NRL on Thursday, having pleaded guilty to recklessly injuring his ex-girlfriend in January.

But, after a barrage of criticism, Luke has changed his mind. 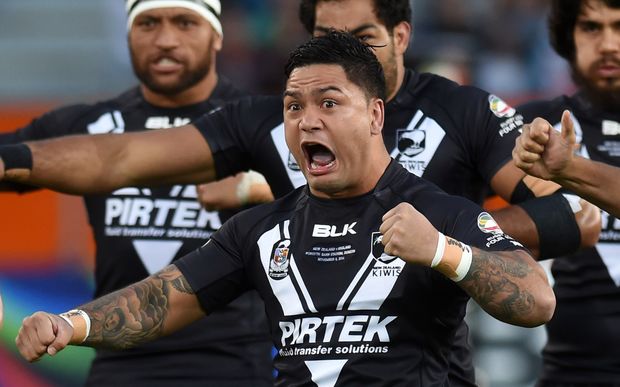 "I don't support his actions. To be fair I wanna kick his arse for laying his hands on a female. I'm just there for him.

"I'm simply saying that me and my family are there to support somi if he needs it. That's my message if I could re write the message with it again I would change so that I can detail so people don't think I am sending the wrong message."

The Australian side have been wearing white ribbons in the lead-up to the final in support of the campaign to stamp out domestic violence.

Meawnhile the Kangaroos coach Tim Sheens is demanding Australia's forwards display an intensity in the final that was missing in their previous clash with New Zealand.

By their own admission the Kangaroos were comprehensively dominated in their 30-12 round robin loss to the Kiwis in Brisbane three weeks ago.

"We have to maintain the rage and not clock off. That was disappointing in the first game."

"We had our pants pulled down, it was tough to take...it's something we have worked very, very hard on."

In subsequent wins over England and Samoa Australia's forwards have stood up.

But the Kiwi forward pack led by Jesse Bromwich with Adam Blair and Jason Taumalolo as back-up present a step up in class.

New Zealand's big win over Australia and their unbeaten run through the tournament has fuelled hopes of a Kiwis win. 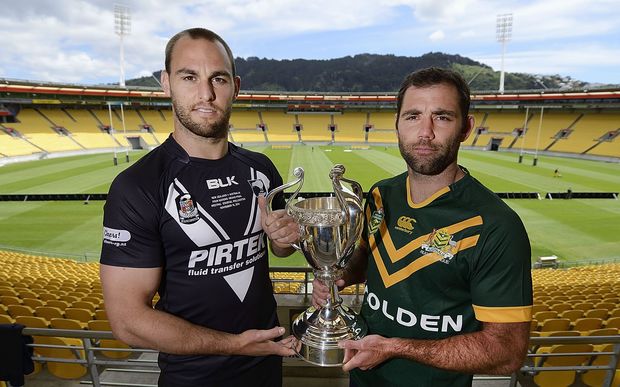 But Kiwis coach Stephen Keary says the resurgent Kangaroos will be a very different proposition to that faced by his team last month.

"For the Australian side in the first match the conditions were taxing and a lot of the Aussie guys hadn't played for a while.

"We've watched Australia with their improvement the last couple of weeks and we know what we are in for."