The Newcastle star made the comments to Rugby League Week after Samoa was bundled out of the Four Nations tournament after a 44-18 loss to Australia. 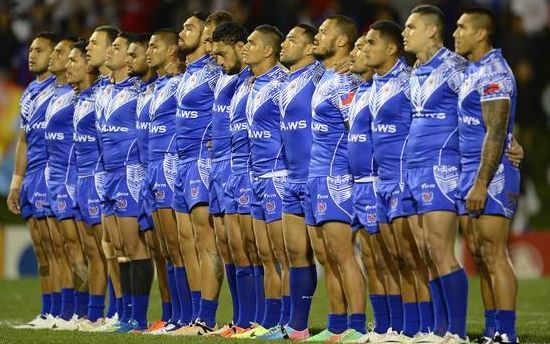 However many are still calling the Samoan campaign a success because of the manner with which they nearly upset New Zealand and England.

The Samoans also helped attract the biggest crowd for any sporting event in Wollongong this year with over 18,000 gathering to watch their clash with the Kangaroos.

Faa'logo says it's only the start for Samoan rugby league and their first appearance in the Four Nations is a good stepping stone.

The prop says he thinks league can overcome union in popularity as it is probably on par with rugby union at the moment in Samoa and it's only going to grow.

While the league team seems to have captured the imagination of the public in Samoa, the nation's rugby union side opened their northern tour over the weekend with a 24-13 loss to Italy.