Goals from Gary Cahill and Diego Costa gave Chelsea a 2-1 comeback win at Liverpool as they stretched their unbeaten Premier League football run to 11 matches from the start of the season. 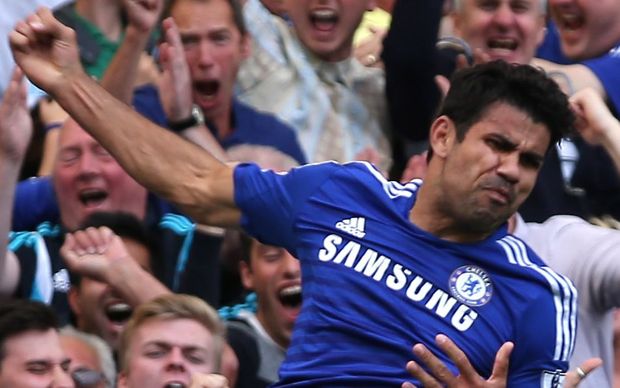 Chelsea stayed four points clear at the top from Southampton, who won 2-0 at home to Leicester City after Shane Long came on as a 67th-minute substitute and scored with a left-foot shot on 75 minutes and a right-foot effort five minutes later.

Chelsea have 29 points, Southampton 25 with champions Manchester City, who are third on 21 points, after they were held 2-2 at Queens Park Rangers.

Elsewhere goals were in short supply as Manchester United beat Crystal Palace 1-0 with a 67th-minute effort from substitute Juan Mata, while Burnley beat Hull City 1-0 for their first league win of the season thanks to Ashley Barnes's 50th-minute header.

West Ham United drew 0-0 at Upton Park with Aston Villa, whose run of six successive defeats came to an end.