Bernard Foley's late drop goal and penalty has given Australia a dramatic victory over Wales in a pulsating Test match in Cardiff. 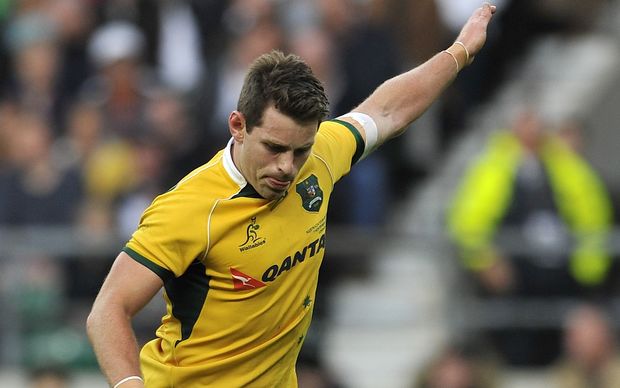 Wales moved 28-27 ahead with a penalty try 15 minutes from the end and looked on course for their first win over the Wallabies in 10 matches.

Both sides scored three tries in a fluctuating and expansive first half to leave the scores level at 21-21 at the interval.

Wales halfback Rhys Webb scampered over an early lead but the Wallabies hit back through Israel Folau.

The fullback scored again to put the touring side ahead before George North bust clear for Wales and sent winger Alex Cuthbert over.

Centre Tevita Kuridrani cut through the Welsh defence to restore Australia's lead but Wales lock Alun-Wyn Jones crashed over to complete a frenetic half.

Foley kicked two penalties early in the second half before the Welsh pack earned a penalty try for the hosts.