A blow for the All Whites with the Wellington Phoenix defenders Louis Fenton and Thomas Doyle ruled out of next week's internationals against China and Thailand due to injury. 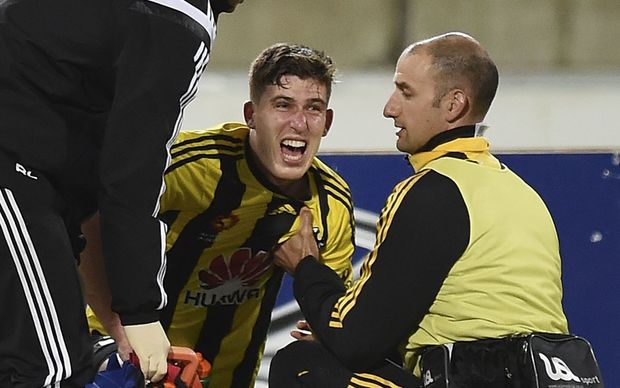 Wingback Fenton had to leave the field in last night's 1-0 home win for the Phoenix over newly-crowned Asian Champions League winners Western Sydney Wanderers, after suffering yet another shoulder injury - a dislocation to his previously unhurt left shoulder.

The 21-year-old will not be replaced in the now 22-strong touring party, with Thailand-based forward Kayne Vincent added to the original squad earlier this week.

The 19-year-old is currently playing for the Wanderers SC side in the national Premiership and played winter club football for East Coast Bays AFC earlier this year.

All Whites coach Anthony Hudson says there was no hesitation in bringing Deklan in.

"He's a good young player with a lot of promise and we are looking forward to working with him. He's got a great opportunity at the start of an incredible four years coming up for him."

The All Whites' New Zealand-based players and management flew out for China on Monday morning.