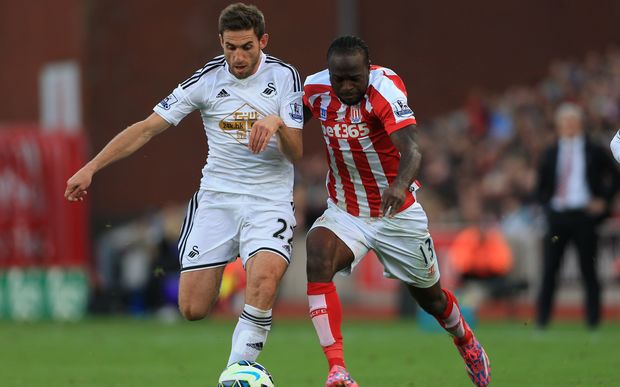 Oliver awarded Stoke a penalty just before half-time in Swansea's 2-1 Premier League defeat at the Britannia Stadium, which Charlie Adam converted, after Moses went to ground in what appeared to be minimal contact from Swansea's Angel Rangel.

Monk, 35 and the youngest manager in the Premier League, said that Moses should be punished for diving, as it was a clear dive, which is cheating.

Monk said Moses has cheated the referee, and the referee then cheated his team by giving a decision that never was.