The embattled utility back Kurtley Beale will not be joining the Wallabies' rugby squad for their end of year tour, despite being eligible for selection following his code of conduct hearing. 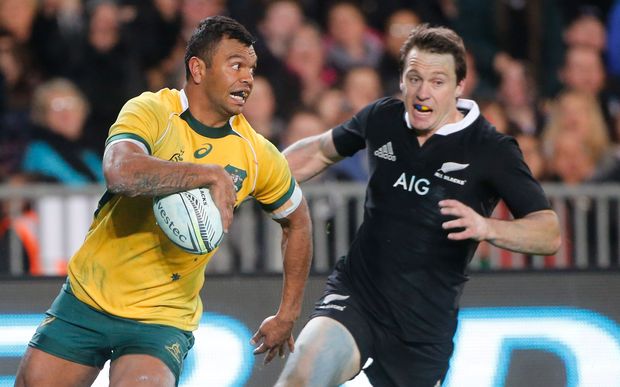 The New South Wales Waratahs' star was on Friday fined $50,000 after being found guilty of a serious violation of the Australian Rugby Union code of conduct by an independent three-man tribunal in Sydney for sending an offensive photograph to an ARU employee.

Following the hearing, the ARU's CEO Bill Pulver said Beale was immediately eligible for Wallaby selection and he would contact new coach Michael Cheika to inform him of the outcome.

Cheika and the Wallabies were in transit to Europe at the time, having left just a few hours earlier, although there was a suggestion the coach could be contacted during a mid-journey stopover.

However before the Wallabies arrived in London, the ARU issued a brief statement last night saying Cheika had advised Beale would not join the squad for the tour.

The 25-year-old, who has also committed a number of other off-field indiscretions, was fined for sending a text and offensive photo to ARU employee Di Patston during the recent trip to Argentina.

Capped 47 times, Beale did not front the media after the hearing but, in a statement, apologised to Patston and the wider community and said he would work to regain the respect of his teammates, fans and the Australian public.