Sir Alex Ferguson has broken his silence on David Moyes' short, traumatic reign at Manchester United, saying the former Everton manager underestimated the size of the job at the Premier League football club. 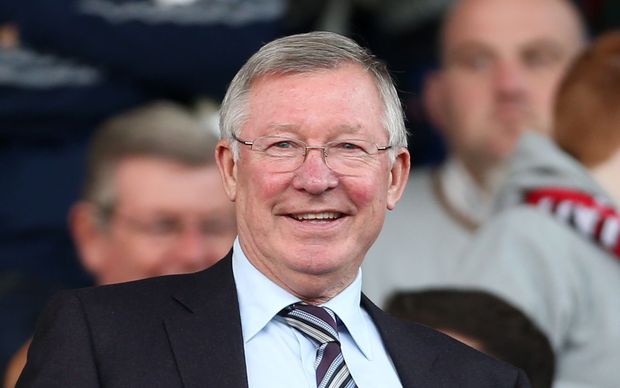 In an updated version of his book, "My Autobiography", Ferguson also says it was "nonsense" to suggest he hand-picked Moyes for the job alone and that a due process was involved in his appointment.

Ferguson has not previously spoken at length about Moyes' 10 months as his successor but does so in a new chapter updating the book that was published last year after his retirement from Old Trafford after 26 years as manager.

He has also denied suggestions that he left Moyes with an ageing squad and an "antiquated" club saying that 11 of the squad that won the title in 2013 in his last season were aged 25 or under.

Sir Alex says that Moyes just found the step up from Everton to United too big a task to handle.

"He hadn't realised just how big United is as a club," says Ferguson who watched on in person at Old Trafford as results went against United throughout last season which ended with them finishing seventh, their lowest league position in the Premier League era.

"Each defeat was a hammer blow to him," says Ferguson. "I could see that in his demeanour."

"In January we bought Juan Mata and that gave everyone a lift but I could see the walls squeezing in, leaving David with less and less room to breathe."

"I know that feeling from 1989, when we went through a terrible spell. You feel you are being crushed. The results gnawed away at David. Nobody could dispute how disappointing the season was. And it cost a man his job."

Ferguson famously wanted to knock once-dominant Liverpool "off their perch" as England's most successful title-winning club and by the end of his time he had done that, with United overtaking Liverpool's record of 18 titles with 20 of their own - 13 of which came during his long tenure as boss."

He writes that seeing Liverpool challenge for the title last season while United finished seventh and did not even qualify for Europe was particularly hard to bear.

"It was hard to watch that kind of outcome when Liverpool are the ones dishing out the pain.

"It was a rough season for a United fan and it was tough for me because I knew there were plenty of good players in our squad. They weren't showing their form -- and that seemed to place a huge weight on David's shoulders."

Moyes was eventually sacked after a 2-0 defeat at his old club Everton, but Ferguson says he was not consulted over his dismissal either.

"I was in Aberdeen as the events unfolded. On the Monday, I was flying back to Manchester and sitting next to me was a lad with a newspaper that ran: 'David Moyes to be sacked'. I was unsure what was happening at that exact moment."

Ferguson also says he was not solely responsible for Moyes appointment, a view widely reported in the media and long held by United fans.

"We did everything the right way: quietly, thoroughly, professionally. A clear process was followed. Surely people don't really believe the Glazer family would allow the new manager to be chosen by one person. There appears to be an accepted view out there that was no process. Nonsense."