The 35-year-old seven-times world champion Rossi was racing in his 250th premier class Grand Prix, and he described his win as one of the best. 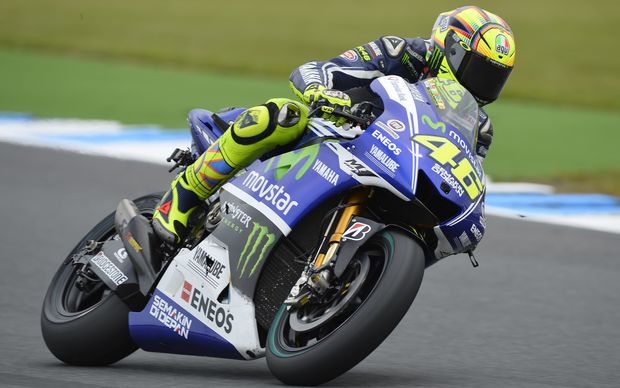 Rossi won a ding-dong battle with his teammate Jorge Lorenzo to claim his first win at Philip Island since 2005.

The indefatigable Italian stood tall as others fell away in a tumultuous Australian Grand Prix, sending his many fans into delirium.

Chief among those to lose their nerve was race leader Marc Marquez, tumbling down Lukey Heights on the famed Phillip Island circuit with just ten laps remaining.

For Rossi, this turned a creditable second into an exhilarating first win in Australia since 2005.

This was a great day too for Yamaha, which clinched a 1-2-3 result with Jorge Lorenzo and podium debutant Brad Smith behind Rossi.

Rossi's podium celebrations were more like a man celebrating his first win, rather than a 35-year-old winning for the 82nd time in his 250th start.

He explained that his emotional reactions came from a close bond with the coastal circuit.

Rossi's second win of the season puts him in prime position to finish second in the championship behind winner Marquez.

He is eight points ahead of Lorenzo who is in third place, with retiree Dani Pedrosa a further 17 points back.