Tasman will face Taranaki in provincial rugby's Premiership final in New Plymouth after the Makos mauled Canterbury 26-6 in their semi-final match at Nelson's Trafalgar Park. 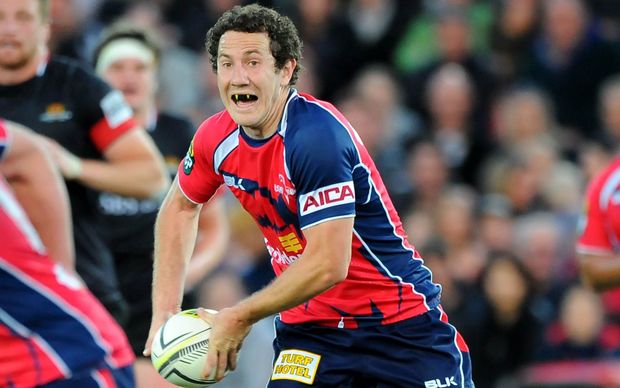 The Makos went into the game knowing the winner would be travelling to New Plymouth for the title decider and duly dispatched their big brothers and defending champions Canterbury, outscoring their South Island rivals two tries to none.

Canterbury were able to get plenty of ball and territory but they couldn't transfer that into points, with the Makos impenetrable defence again impressive.

A try to Jimmy Cowan before halftime may of been the killer blow as the hosts then relied on the successful boot of Marty Banks to keep their score ticking over.

Tasman's victory ends Canterbury's six year run as Champions meaning there will be a new name on the trophy next week.

It was also the Makos second win over Canterbury this year having convincingly beaten them in the regular season in Christchurch.

It's the first time Tasman have beaten Canterbury twice in a season.

Taranaki sealed a home final after outgunning Auckland 49-30 in extra time in New Plymouth in the earlier semi-final.