The banned Uruguayan striker Luis Suarez is likely to play his first competitive game for Barcelona in La Liga's "Clasico" against Real Madrid later this month, just a day after his suspension expires.

The former Liverpool star says it is no coincidence his biting ban ends the day before one of the biggest fixtures in world football. 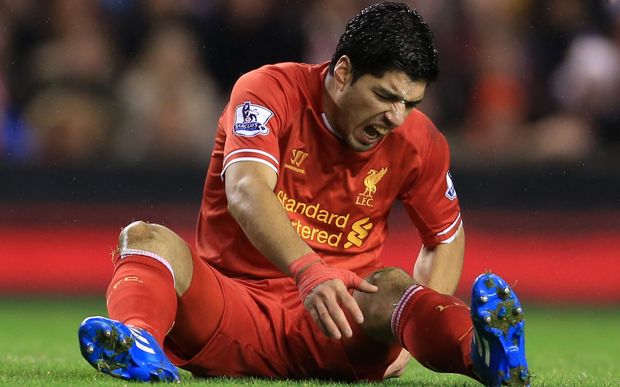 FIFA sidelined the controversial Uruguay striker for four months and banned him for nine competitive internationals after he bit Italy defender Giorgio Chiellini at the World Cup finals in Brazil.

The ban ends on October 24th, meaning Suarez, who had already been sanctioned twice for biting opponents and once when he was accused of racially abusing Manchester United defender Patrice Evra, could run out at the Bernabeu the following day if selected by Barca coach Luis Enrique.

"You know, I'm the kind of person who believes that things happen for a reason," Suarez said in an interview published on Barca's website.

"Out of all 19 teams in the league, it's precisely against Real Madrid at the Bernabeu that I'll make my comeback," added the 27-year-old. "There must be a reason."

Suarez has been training hard with his new team mates to make sure he is ready for action when the ban expires and he does not appear to have lost his instinct for goal.

He netted a double for Uruguay in a 3-0 friendly win over Oman yesterday, his second appearance for the South Americans on their tour of the Middle East after he played in Saturday's 1-1 draw with Saudi Arabia.

Suarez will join Lionel Messi and Neymar in a formidable Barca attack and he said he was "hungry" to help the club return to winning ways after they failed to win major silverware last season.

"All I can say is that I have arrived with the desire to be a success at Barca that I am hungry to win titles," Suarez said.

"I have the chance to play for the team that I have always wanted to play for and it's a chance I intend to make the most of. I want to show the fans that I want to be a success at Barca and to help my team mates as much as I can."

Suarez said he had found it difficult to admit to his attack on Chiellini and it had taken him a few days before he was able to "face the truth".

"Those were days when I didn't want to know about it. I just wanted to be with my wife and children, who supported me through that time."

He admitted he had made mistakes but said he had been wrongly accused of racism over the Evra incident.

"I was accused without evidence and that's what grieved me the most," he said.

"The others were actions when it was me who did wrong. I accepted that and asked for forgiveness but the racism thing, when I was accused without evidence, that did upset me."

Barca are two points clear of Valencia at the top of La Liga after seven matches and host Eibar on Sunday.