First five Quade Cooper's set to play for the Wallabies for the first time this year, after being named on the bench for Saturday's third and final Bledisloe Cup Test match against the All Blacks in Brisbane. 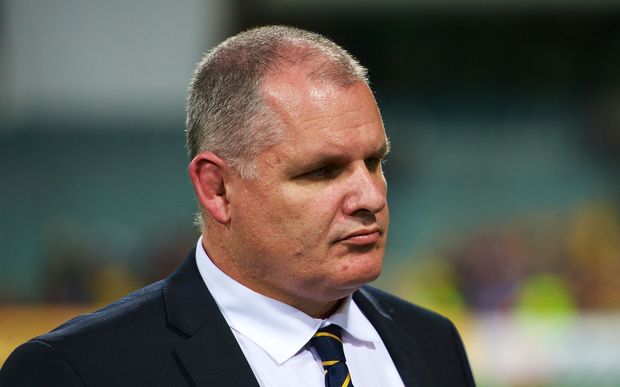 Cooper returns for his first match in nearly a year after recovering from a serious shoulder injury, and McKenzie will hope the mercurial playmaker can provide some spark off the bench at Lang Park, after the Wallabies faded badly in their two previous defeats to Argentina and South Africa.

Genia had been expected to slot into the side after training with the Wallabies in recent weeks, but McKenzie has stuck with Bernard Foley at 10 with Nick Phipps the starting halfback, with Nic White the reserve No.9.

Lock James Horwill has been demoted to the bench in favour of Rob Simmons, while Christian Lealiifano has replaced second five Matt Toomua, who was ruled out after suffering a head-knock in the 21-17 loss to the Pumas at Mendoza earlier this month.