Poland have claimed an historic first football victory over Germany, shocking the World Cup holders to leave their neighbours third in their qualifying group for the 2016 European Championships. 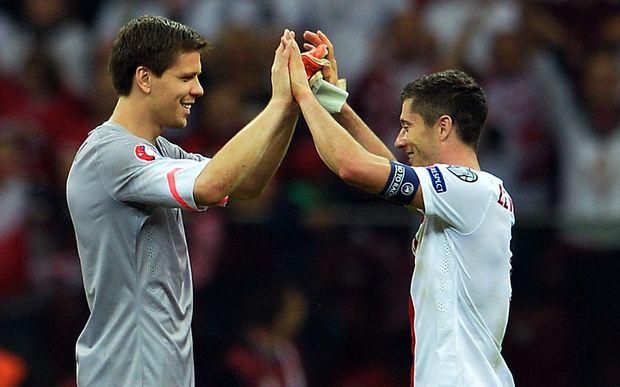 The Poles beat the Germans 2-0 at the national stadium in Warsaw, with Ajax striker Arkadiusz Milik giving the hosts the lead on 51 minutes before substitute Sebastian Mila netted a late second to inflict Germany's first defeat in a qualifier for seven years.

The Republic of Ireland's 7-0 drubbing of minnows Gibraltar in Dublin earlier in the day means Germany are now third in Group D with Poland top and Ireland second.

In other results, Scotland beat Georgia 1-0, Northern Ireland beat Faroe Islands 2-0, while there were 1-1 draws for Finland and Greece, Albania and Denmark, Romania and Hungary, and Armenia and Serbia.