The Swiss tennis star Roger Federer has claimed one of the few titles to have previously eluded him, beating injured Frenchman Gilles Simon in the Shanghai Masters final.

The 17-times grand slam singles champion triumphed 7-6(6) 7-6(2) to register his 23rd Masters Series title and first in China, where strong winds caused the roof on the Stadium Court to be closed. 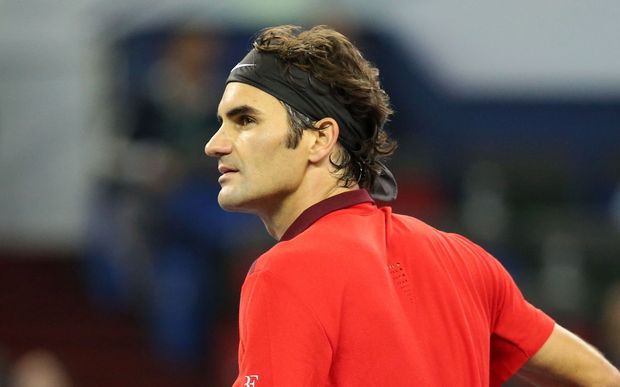 The 33-year-old Federer, who made a sluggish start to the match, let off a huge roar and threw both fists into the air after a battling Simon netted a return to hand the Swiss his fourth title of the year and the 81st of his career.

"Well, it just makes me very happy winning here because this tournament means a lot to me," Federer told reporters.

"I've always enjoyed coming here. I've come close a couple of times, but I've always wanted to win it as a Masters 1000." 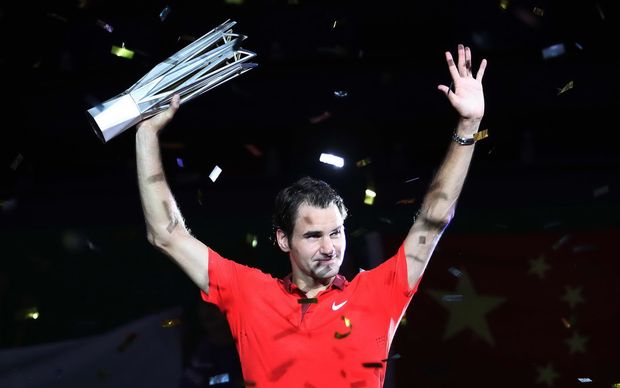 "I feel unbelievable prestige to win this event. Especially putting my hands on the trophy for the first time is a good feeling, I must say. I'm very happy with the way I'm playing."

Federer, who also moves above Spaniard Rafael Nadal into second spot in the latest world rankings, has now won seven of the nine different Masters Series events - with only the clay court Monte Carlo and Rome tournaments eluding him.

It had all begun so well for the unseeded Simon, who broke a sloppy, error-strewn Federer in the opening game and comfortably held firm until he felt the pressure of serving for the set at 5-4 and began to creak.

With his first serve and accurate groundstrokes deserting him, Federer had two break points but wasted the first with an alarmingly high 14th unforced error only for Simon to hand him the game on the next point after netting a backhand.

A wobbling Simon fought off two set points on his next service game after finding his range with his first serve again to force a tiebreak with a booming ace as he refused to buckle in search of his first Masters Series title.

The world number 29 then had a set point of his own in the tiebreak but Federer came up with an unreturnable first serve to snuff out the danger before producing a near-perfect backhand winner down the line to take the breaker 8-6.

Simon, who had knocked out Australian Open winner Stan Wawrinka and sixth seed Tomas Berdych en route to the final, took a medical time out for treatment on a suspected groin problem at the end of the set and looked uncomfortable upon his return.

However, the Frenchman fought on admirably, digging himself out of some early holes to hold his six service games before threatening an unlikely break in the 11th game of the set.

Having struggled to make an impact on the Federer serve throughout the set he fashioned two set points out of nowhere, only to waste both with groundstroke errors as Federer held on.

The Swiss then stepped it up in the breaker, firing some big serves and stunning winners to fashion four championship points with Simon folding on the first.

"He was just more opportunistic," Simon said. "We had a close match. I had a set point in the first, two in the second."

"It's just a few points deciding it, and he was always really good on these points. He played some great shots."

"He's putting a lot of pressure. He's always showing you that he is ready to be really aggressive on every shot. So he keeps you under pressure."