Hawke's Bay have retained the Ranfurly Shield after a thrilling 20-20 draw with Southland that ensures the log o' wood will stay in the region until next year. 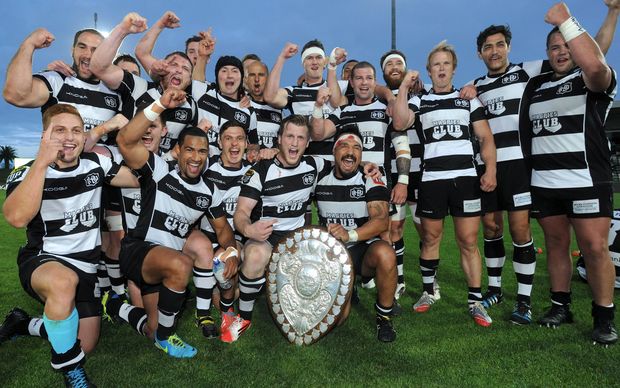 Southland picked up two points for the draw that squeeks them into the Championship semi-finals in fourth place on the table.

The Magpies will also play a semi-final in the Championship, but could miss out on hosting that match if they're leapfrogged by Northland into second place.

Junior Ngaluafe scored the opening try of the match for Southland with a blistering run from his own half.

Twenty minutes later Lima Sopoaga scored again for the visitors who went 14-3 up after 30 minutes.

The Stags then came off the boil allowing the Hawke's Bay winger Shannon Chase to cross the line twice and give the home team a 17-14 half-time lead.

Neither team could gain ascendance in the second half until the 73rd minute when Sopoaga kicked his second penalty of the stanza from 45 metres out to give the visitors a 20-17 advantage.

With 30 seconds left in the game, the Magpies' first five Ihaia West calmly slotted a drop goal from right in front of the posts to lock the scores at 20-all and ensure the Ranfurly Shield stays in Hawke's Bay for the summer.