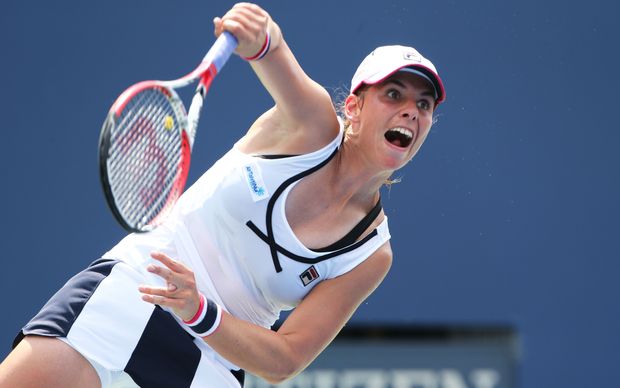 Erakovic was beaten in straight sets by Polona Hercog of Slovenia.

26-year-old Erakovic won one doubles title this year with earnings of around 550 thousand dollars.

This year her singles ranking slipped to 75 and her doubles to 42.

She'll now return home with her next tournament expected to be the ASB Classic in Auckland over the New Year.

The New Zealand tennis number one Marina Erakovic has been beaten in the semi-finals of the doubles at the Linz Open in Austria.

Ranked 45th in the world for doubles, Erakovic and her Spanish partner Anabel Medina Garrigues were beaten in straight sets by Annika Beck of Germany and France's Caroline Garcia, 6-2 6-3.

Earlier, Erakovic was knocked out in the quarter-finals of the singles in Linz by Italian Camila Giorgi.