Three years after being part of the consortium which saved Wellington's A-League football side, Phoenix chairman Rob Morrison concedes he wouldn't do it again.

Morrison, as part of the Welnix group, took up the club's A-League licence in 2011, when then owner Terry Serepisos was forced to give it up.

The Phoenix kick off this season against Perth in Wellington on Sunday, optimistic they can turn around the results of the past two seasons, where they've finished last and second to last.

Morrrison's been frustrated at times in trying to implement his plans for football and says given the resources they've invested, it's about time they reaped some benefits results-wise.

"Honestly, what I know now if I'd know it then I would have said no. That said I find it pretty exciting. It's taken a lot of work to get things to where they are but we've got a really good squad, a really good coach and a great bunch of people around the club and I think we are building something that is very exciting." 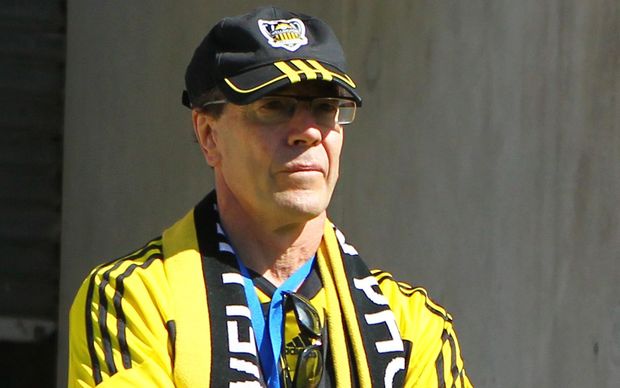 Rob Morrison says he wouldn't do it all again with the Phoenix. Photo: Photosport

Morrison says the relationship between the Phoenix and New Zealand Football is now much better and says allowing the club to establish a second team to compete in the national domestic competition will reap major benefits.

Morrison says the club is still some way off being self-sustainable.

"(It) will come down in the end to whether the public of Wellington want a professional football side. And it's not just about the Phoenix, it's about professional sport in general. Do Wellingtonians, do the New Zealand public want professional sides? Cos they're only going to exist if they get suported. So in the end the club will only be sustainable if we get more support out of the public... and we're certainly not there yet."