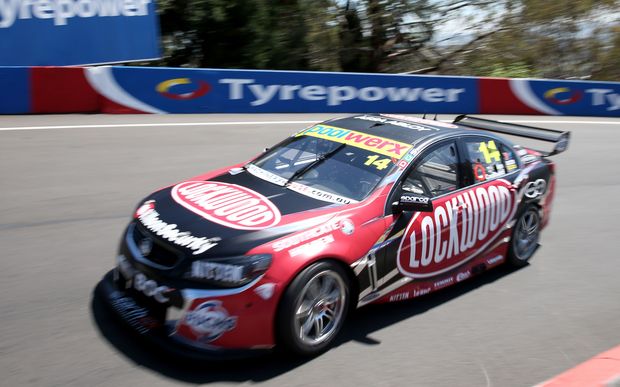 Winterbottom had set a new record at Mount Panorama in the final session before qualifying, racing around Australia's most famous track in a time of 2:05.9011, becoming the first driver to lap Bathurst in less than two minutes, six seconds.

He also shaved nearly half a second off the time set by Ford Performance Racing stablemate David Reynolds in Thursday's last practice session.

Meanwhile, V8 Supercars championship leader Jamie Whincup will start Sunday's Bathurst 1000 from the back of the grid after crashing out during qualifying.