The tennis world No.1 Novak Djokovic continued his brilliant 100 per cent record at the China Open, overpowering Andy Murray in straight sets to make his way into the final. 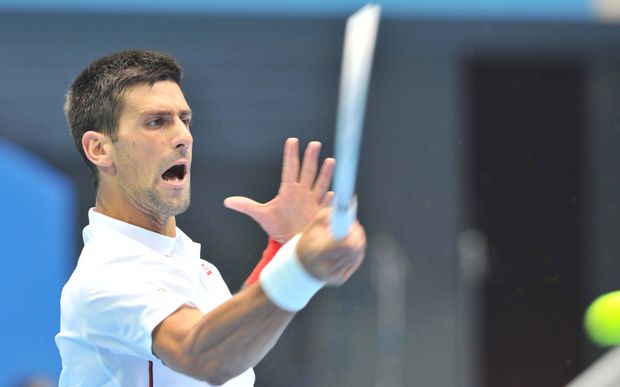 It was another ruthless serving display from the Serbian top seed in Beijing, who overcame a brief fightback from the 27-year-old Scot midway through the second set to claim a 6-3 6-4 win.

Djokovic broke serve in the eighth game, taking advantage of some risky groundstrokes by Murray, to take the opening set.

The British sixth seed appeared to lose concentration early in the second set, dropping his serve in the first game and losing the next in a spell during which he failed to score a point.

But Murray took the upper hand thereafter, forcing two break points from his opponent in the fourth game, before finally clinching a deserved break at his next attempt.

The world No.11 was having his best moments of the match, taking points from Djokovic at the net during an attractive spell of tennis from both players.

However, Djokovic stepped up a gear when Murray pulled in front at 4-3, winning the next three games and allowing his opponent to take just one point.

The Serb is bidding for his fifth title in Beijing, a tournament he has won every year since 2009 - apart from 2011 when he did not take part.

Murray was vying for his second consecutive title in China after he won in Shenzhen last weekend.

He is desperately chasing points as he pushes to qualify for next month's ATP World Tour Finals, which features the top eight men's players.

Only five berths are still available as the world's top three - Djokovic, Roger Federer and Rafael Nadal - have already confirmed their place for the London tournament.

Murray sits in ninth place, but will have an opportunity to pick up points at the Shanghai Masters next week.