Lock Brodie Retallick and loosehead prop Wyatt Crockett have lost their race to be fit in time for the All Blacks' final Rugby Championship Test of the year against South Africa.

Retallick was suffering from concussion-like symptoms after coming off in the 34-13 victory over Argentina last week in La Plata, while Crockett suffered a bad cut under his eye which required several stitches. 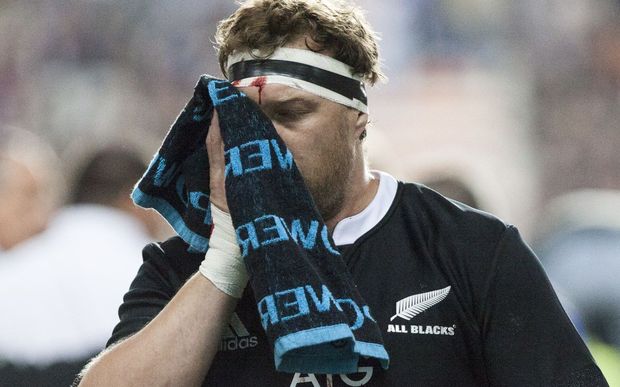 All Blacks prop Wyatt Crockett leaves the field with an eye injury against the Pumas. Photo: Photosport

On the reserves bench for the Johannesburg clash, Dane Coles returns after re-joining the team in South Africa following the birth of his son, with Charlie Faumuina, Steven Luatua and Liam Messam also coming onto the bench.

In the back reserves, Tawera Kerr-Barlow gets his first opportunity in the Rugby Championship while Ryan Crotty comes in for Cory Jane, who has a hamstring strain.

New Zealand have already won the Rugby Championship title after last week's bonus-point win, having secured the title for the third straight year.