Luke was found guilty of a grade one offence, having been placed on report following his tackle on Sonny Bill Williams in last Friday's 32-22 preliminary final win over Sydney Roosters at the Olympic stadium. 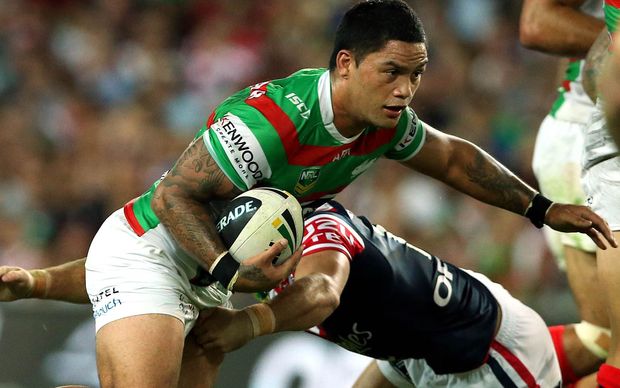 He bowed his head and looked at the floor after the verdict was read out by judiciary panel member Mal Cochrane, who spent 11 minutes deliberating with the two other panel members Chris McKenna and Michael Vella.

Rabbitohs coach Michael Maguire did not answer questions afterwards, instead just saying they were disappointed with the outcome.

Penrith-bound back-up rake Api Koroisau filled in capably for Luke earlier this year when the 27-year-old suffered a shoulder injury, and is likely to be called upon again to fill his role in the decider.

Luke is hit with 200 penalty points courtesy of the guilty verdict, with 100 points equalling a one-match suspension, meaning he will also miss New Zealand's opening Four Nations match against Australia in Brisbane on October 25th.

The Canterbury Bulldogs captain Michael Ennis will almost certainly have to sit out Sunday's NRL Grand Final against South Sydney.

Hooker Ennis says he needs a miracle to play in the season decider after sugffering two foot gfractures against Penrith last weekend.

The grand final represents Ennis's last chance to win a title with the Bulldogs as he will play for Cronulla next year.