Poland's Michal Kwiatkowski timed his attack to perfection to beat the favourites and claim gold in the men's road race at the road cycling world championships in Spain. 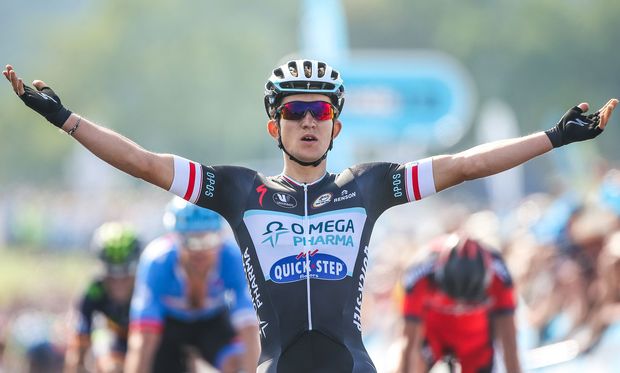 Kwiatkowski attacked just before the final climb, caught the four breakaway riders in front of him and quickly dropped them, crossing the line with a one-second advantage over a group of chasers.

Among them was pre-race favourite Simon Gerrans of Australia, who finished second ahead of Spain's Alejandro Valverde.

Just like last year, Chris Froome abandoned as Britain failed again to be a factor in the race.

Time trial specialist Tony Martin tried his luck solo early on but his effort was doomed and the German was reined in within reasonable distance of the finish. He later quit the race.

Swiss Fabian Cancellara, who had skipped the individual time trial to focus on today's race and was seen as a top favourite, was never in the mix and finished a disappointing 11th.

Pure sprinters came up just short as they finished in the main pack seven seconds behind Kwiatkowski.

Norway's Alexander Kristoff was the best of them as he won the sprint of the bunch to take eighth place ahead of German John Degenkolb and France's Nacer Bouhanni.

New Zealand's Jack Bauer was 86th, almost 14 minutes behind the winner, while George Bennett was 95th, and Greg Henderson failed to finish.