Southland have pipped Canterbury by two points in Christchurch after Tasman overcame Otago in Nelson.

Canterbury lead the visitors 16-10 at half-time following a try by Nathaniel Apa and 11 points from the boot of Dan Carter. 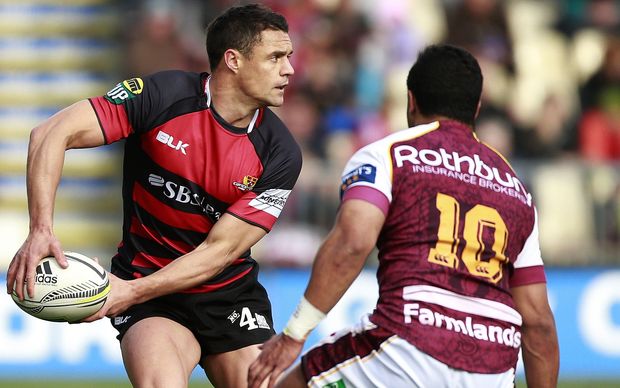 Playing his first game for Canterbury in five years, Carter was subbed at half-time.

John Hardie and Willis Halaholo scored tries for Southland in the second half, while Canterbury were awarded a penalty try after a scrum wheeled on the visitors' line.

Down 25-26 with two minutes to play, Southland received a penalty which was kicked by Lima Sopoaga for a two point lead.

With 60 seconds on the clock, Canterbury were awarded a scrum penalty, before goal kicker Richie Mounga sprayed his shot wide, giving Southland the victory 28-26.

For Canterbury it was just their second loss of the season and second defeat inside a week after the defending premiers were beaten by North Harbour on Wednesday.

In Nelson, the Makos ran in four tries to Otago's three to secure a 31-24 victory. 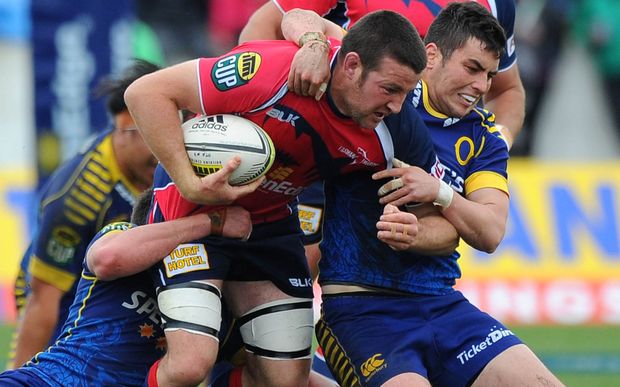 Tasman are now second in the Premiership just above Canterbury, while Otago and Southland are 5th and 6th respectively in the second tier Championship.