The New Zealand cyclist Linda Villumsen has finished 9th in the women's individual time trial at the World Road Cycling Championships in Spain.

Villumsen, who has previously finished third 3 times and second twice in the event, was a minute 14 behind the winner Lisa Brennauer of Germany.

The 29 year old, second to last rider off ahead of defending champion Ellen van Dijk, had to cope with windier conditions along with rain falling late in her 30km ride.

She says preparing for the world championships seven weeks after Glasgow had been a challenge.

It's the second gold medal of the week for Brennauer, who won the team time trial with her Specialized-Lululemon team.

Villumsen will ride the road race at the weekend along with Reta Trotman, Emily Collins and Joanne Kiesanowski. 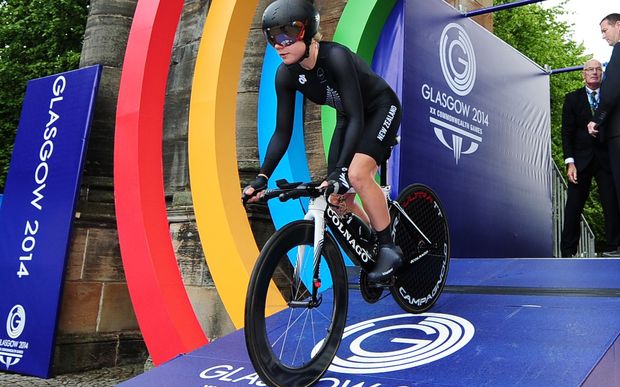 Jesse Sergent is in the men's time trial tonight.

The New Zealand cyclist James Oram has finished 10th in the men's under 23 individual time trial at the World Road Cycling Championships in Spain.