The New Zealand triathlete Andrea Hewitt has finished third at the ITU World Long Distance Championships in China, in her first competitive attempt at the longer form of the sport. 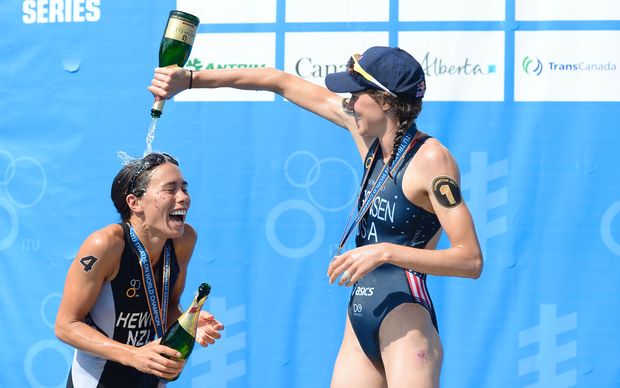 Racing was over a four-kilometre swim, 120-kilometre bike ride and a 20-kilometre run and for Hewitt it was her first foray into the longer form of triathlon racing, coming off the back of a strong finish to her regular triathlon season in which she finished ranked number three in the world.

It showed yet another string to the bow of the durable and feisty Cantabrian who raced strongly throughout to finish on the podium behind Camilla Pedersen (Denmark) and Kaisa Lehtonen (Finland) to add another World Championship medal to her coffers.

In the men's race Graham O'Grady of Kinloch raced equally strongly to finish in fourth place, behind a trio of Frenchman who dominated proceedings but ahead of long-distance legend Craig Alexander of Australia.