The former All Blacks halfback Jimmy Cowan has signed for the Blues for next year's Super Rugby competition.

Having racked up more than 50 caps for the All Blacks and more than 100 caps for the Highlanders, Blues head coach Sir John Kirwan says Cowan was the perfect man to fill the void at halfback. 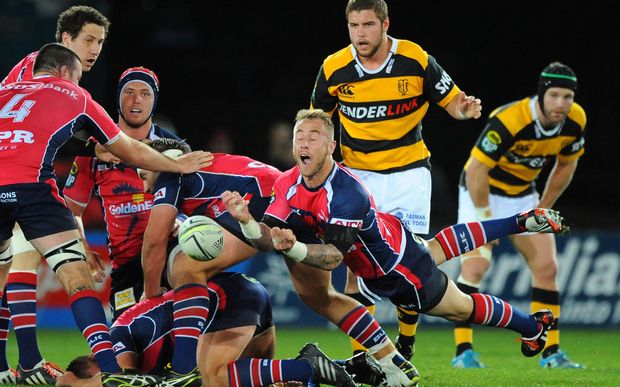 Kirwan says he brings competitiveness, plenty of experience and great game awareness which is something they're really looking for.

Kirwan says they've got some good young guys coming through in Bryn Hall, Ihaia West and Simon Hickey coupled with Dan Bowden coming back but they still felt they were lacking a bit of experience through that combination.

Piri Weepu left for Britain after this year's campaign.

After a two-year stint in England with Gloucester, Cowan returned to New Zealand this year to ply his trade with Tasman and says he's relishing a return to Super Rugby with the Blues in 2015.

The 32-year-old says he had a great time overseas but he's really happy to be back in New Zealand and I still have a real hunger and desire to prove himself at the next level.

Hailing from Invercargill, Cowan debuted for the Southland Stags in 2000 at the age of 18 before earning a call-up to the Highlanders in 2003.

He was called into the All Blacks for the 2004 end-of-year tour to Europe and made his debut as a reserve against Italy on the first Test of the tour.

In 2012 he headed to England to join Gloucester before returning to New Zealand earlier this year.