The All Whites have made an inauspicious start under new coach Anthony Hudson with the New Zealanders falling 3-1 to Uzbekistan in their international football friendly in Tashkent. 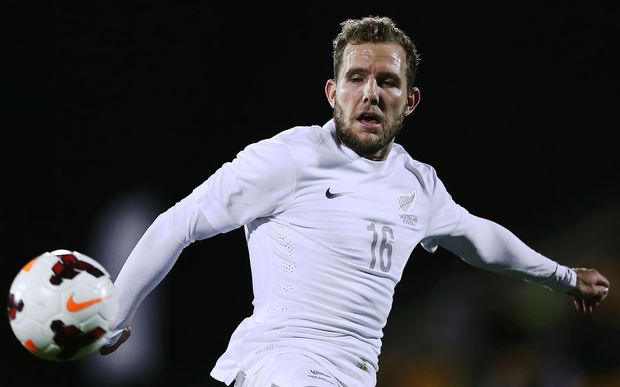 A goal in each half to Odil Akhmedov secured the result for the 51st ranked Asian nation as the home side showed real quality on in attacking transition and counter attack situations.

The All Whites scored a late consolation, the Wellington Phoenix striker Jeremy Brockie bagging his first international goal in 44 games in the 86th minute after good work from Chris Wood and debutant substitute Joel Stevens.

The best moments for the New Zealand side came midway through the first half with the match still scoreless as the All Whites built on some organised defensive work in their own half.

Their best chance fell to Wood in the 19th minute as the Leicester City striker headed a Chris James free kick on target but a sharp save by goalkeeper Ignatiy Nesterov on the goal line turned the ball away.

From that point the home side wrestled into control of the match and opened the scoring in the 41st minute after a New Zealand cross eluded Wood in the Uzbekistan area.

The third-ranked team in Asia surged downfield and Akhmedov drove the ball superbly into the top corner from the edge of the area out of the reach of All Whites goalkeeper Glen Moss.

The second goal came in similar fashion 12 minutes after the restart as Uzbekistan pounced on a turnover and moved to the top of the New Zealand area where a deflected pass fell kindly to Akhmedov who made no mistake in lashing a powerful left-footed shot into the bottom right hand corner of Glen Moss' net.

Djeparov's goal 20 minutes later put the home side out of reach with Brockie's finish in the dying stages serving as reward for the scorer and for Wood, who worked hard without the ball over the course of the match.

Hudson says while the result is disappointing he simply wanted to see his squad in action, though he concedes they have plenty of work to do.

The All Whites disband for the meantime following the one-off match.